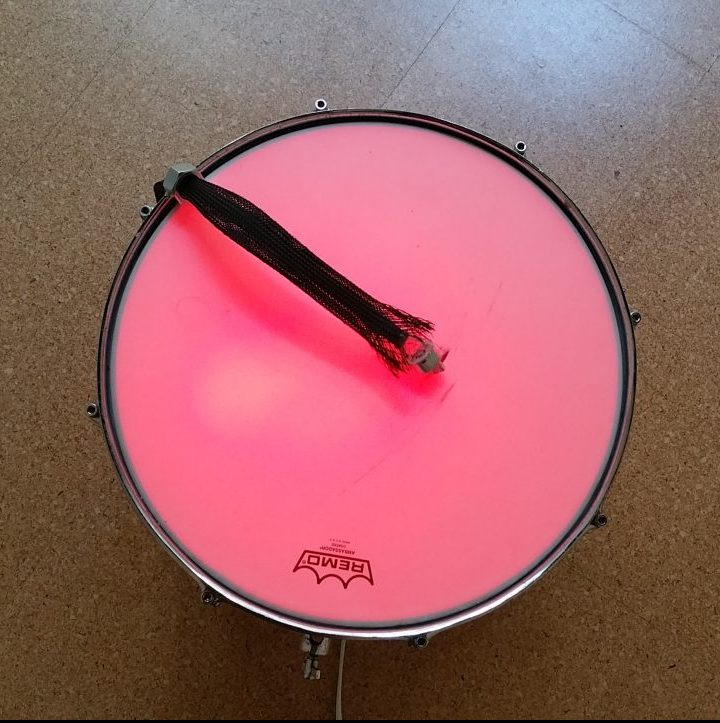 She first composed a “Duet for Arduino & Soprano Sax” which she performed at Nashville’s SoundCrawl Festival in 2012. She performed a version with oboe at her solo trans-media recital at Tennessee Tech’s Center Stage in 2016 and created a gallery filling, interactive sound sculpture of tuned robotic motors with “Skitter Flutter” shown at Nashville’s Seed Space.

This “Arduino Drummer” is her first robotic artwork to include responsive light. Hunsinger uses an Arduino micro-controller, an ultrasonic sensor, motor, LED light and floor tom for this artwork.

Brought to you by: ound via Huzzaz