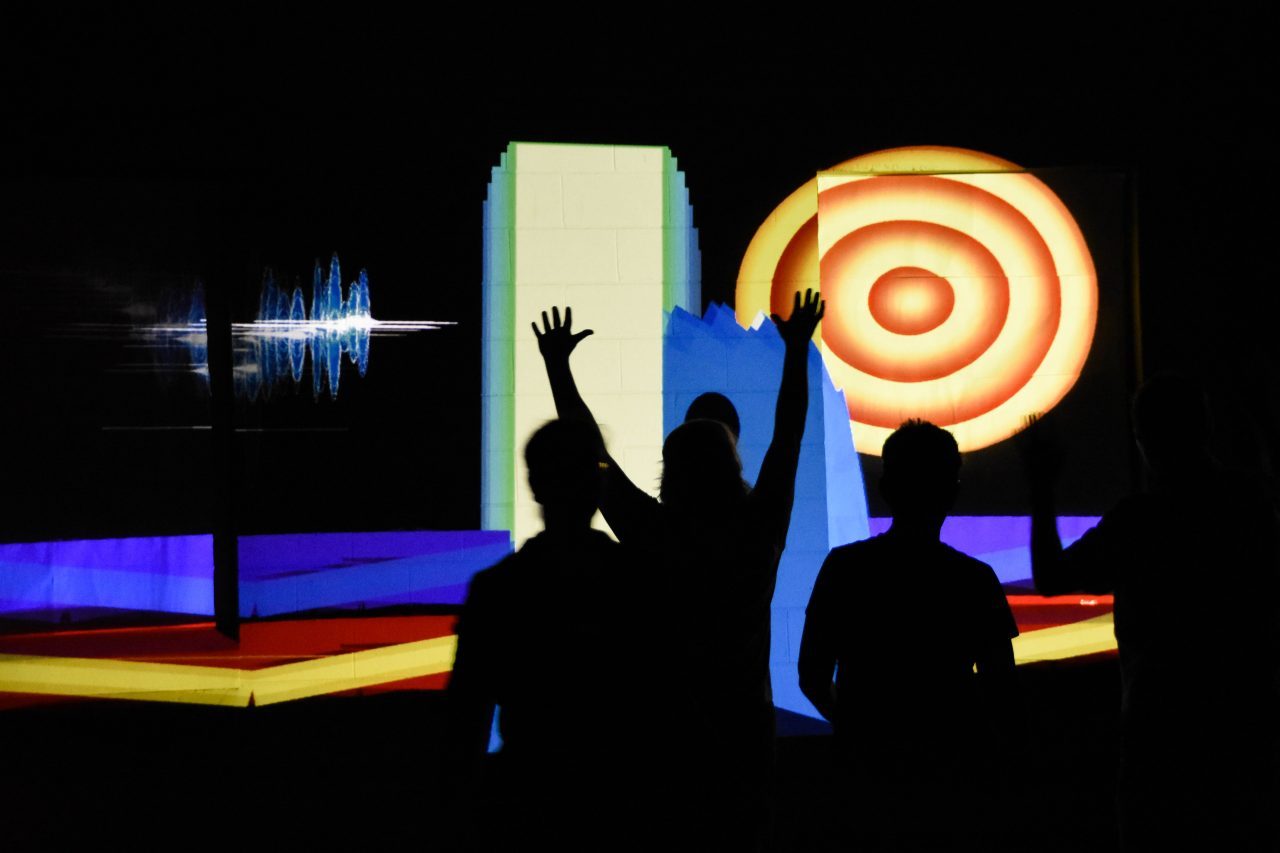 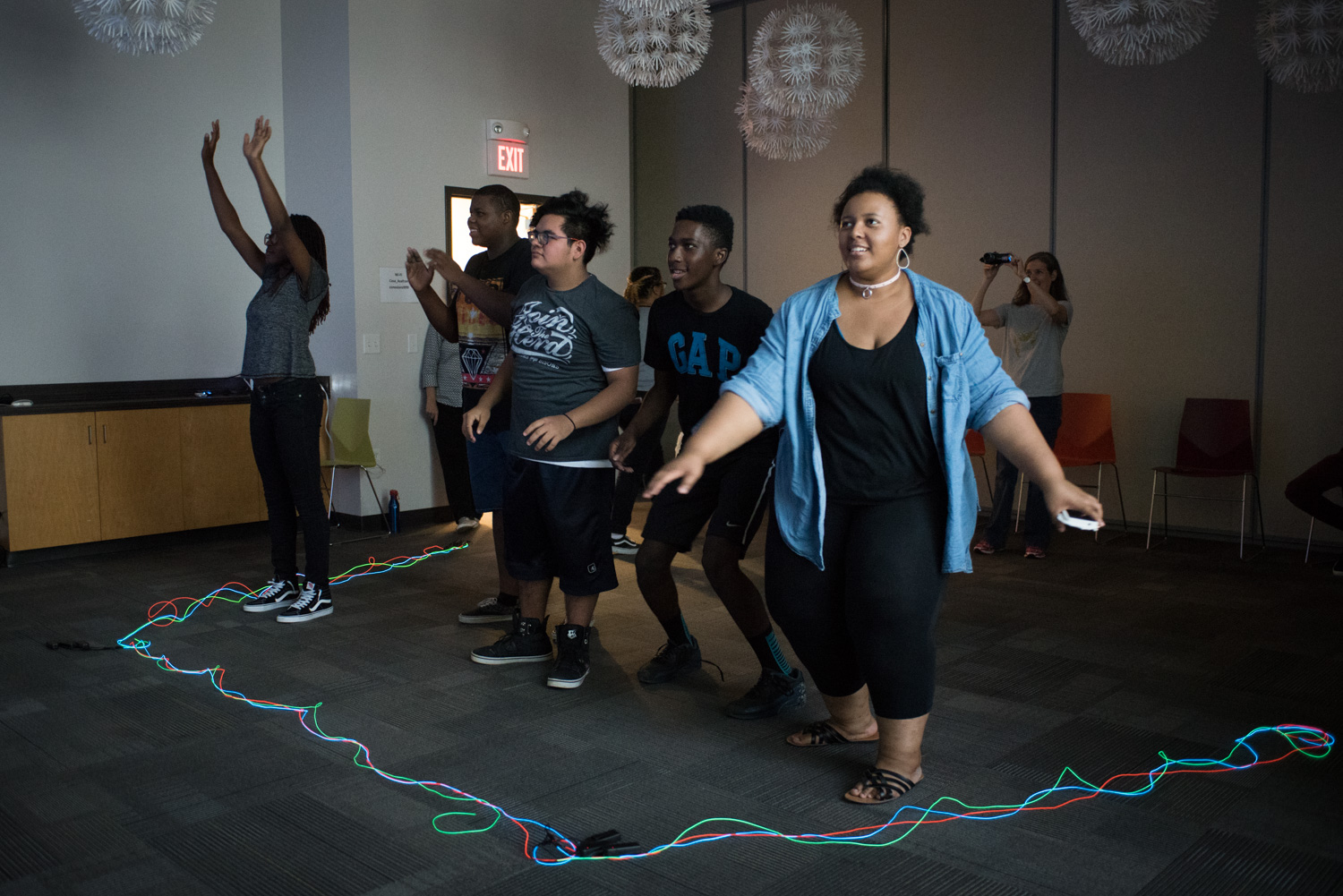 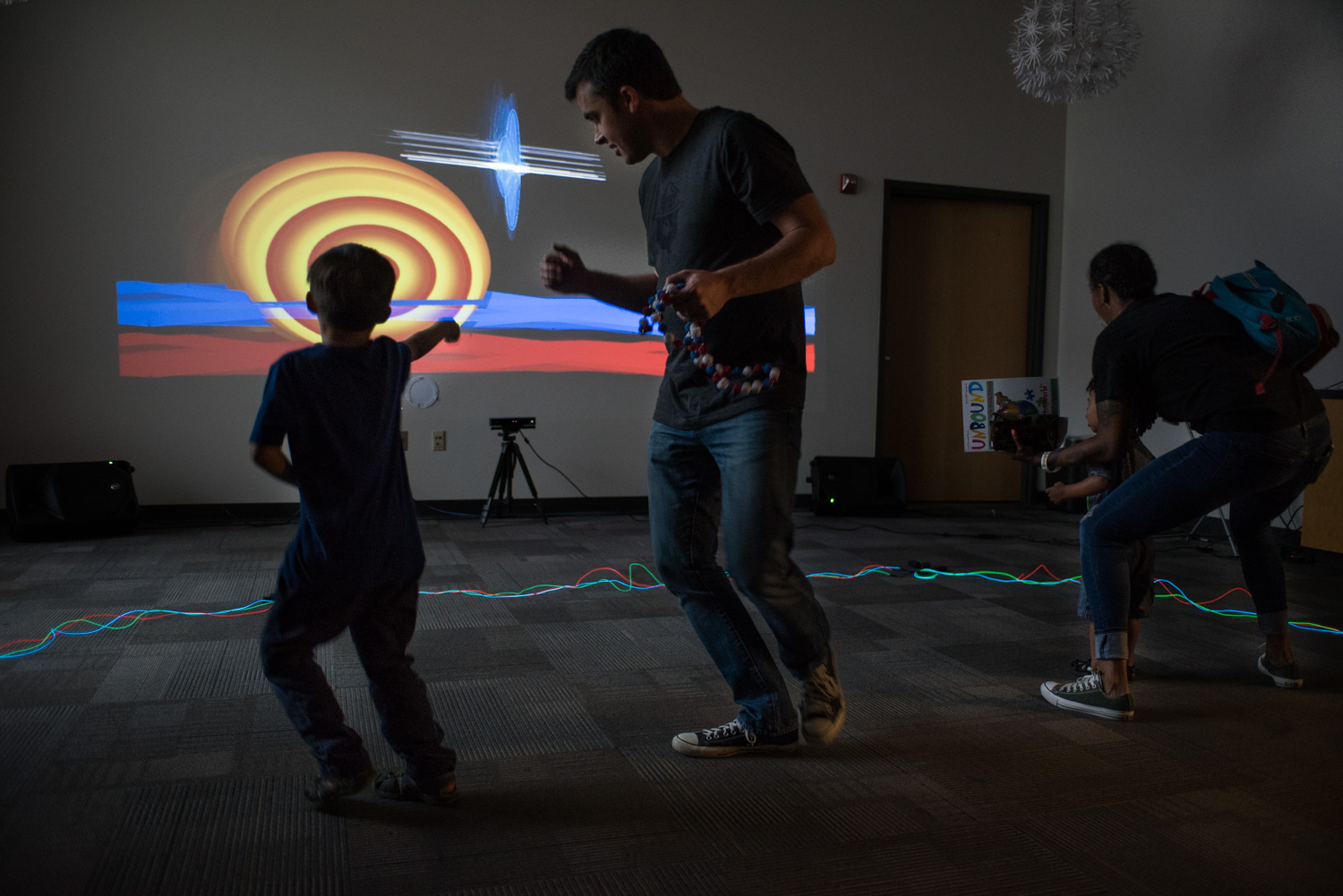 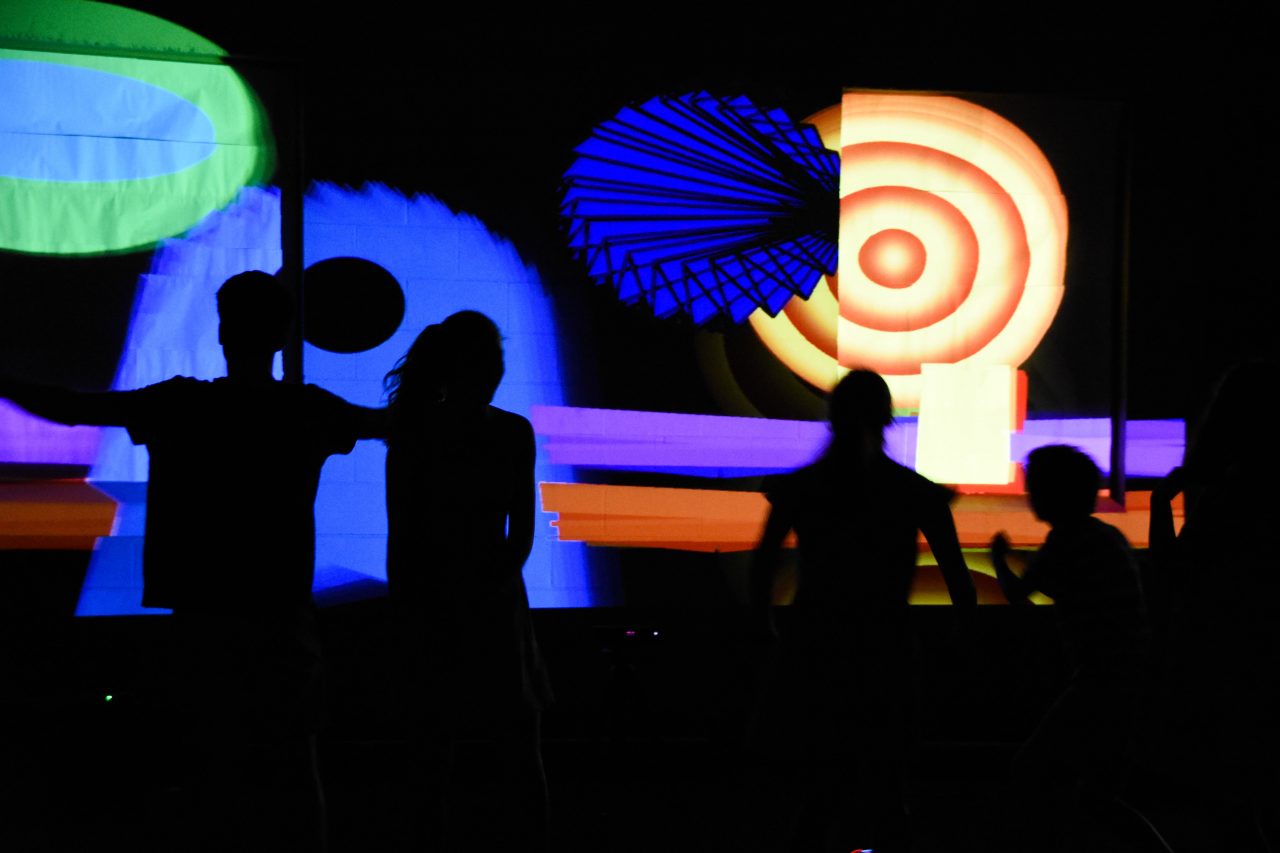 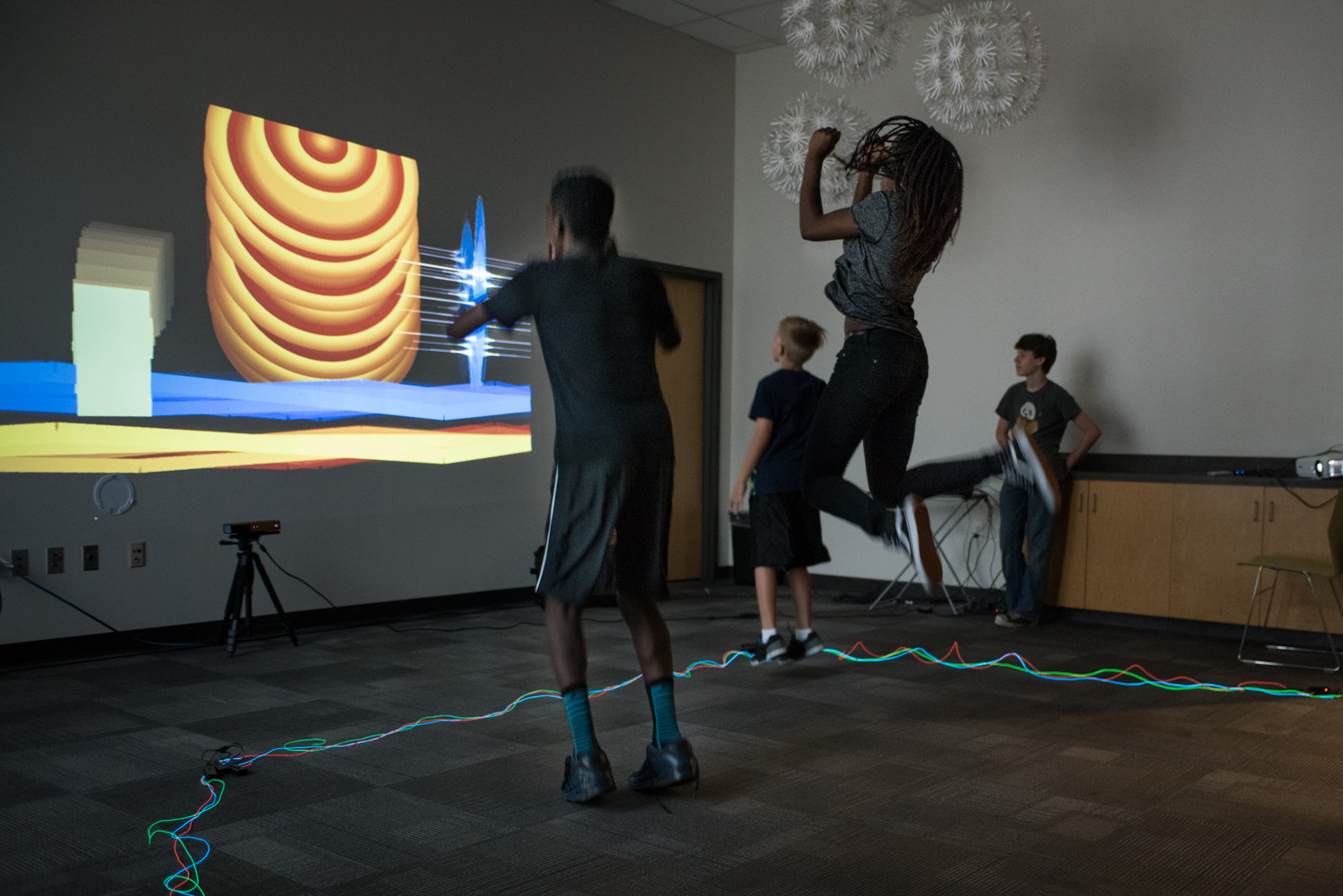 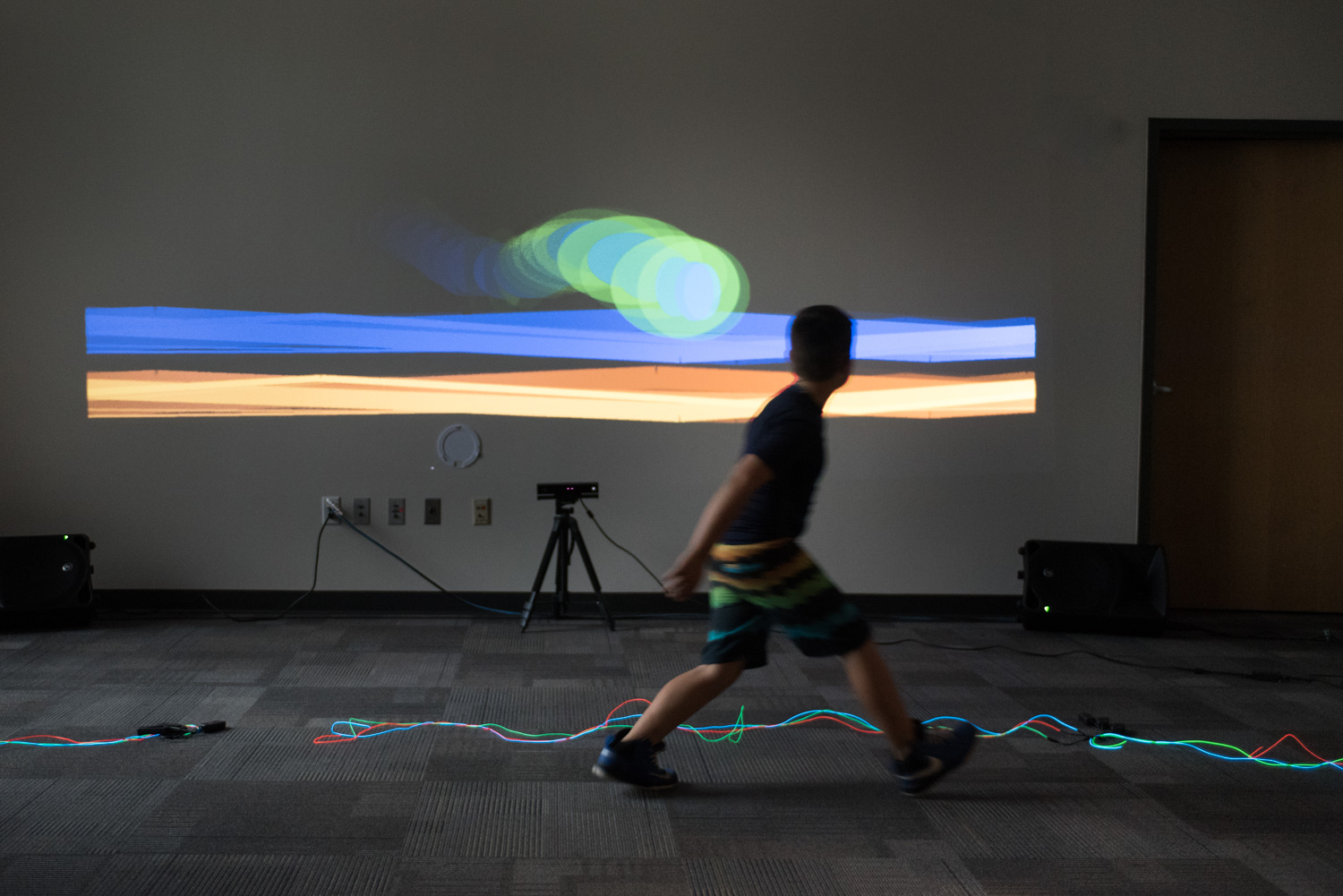 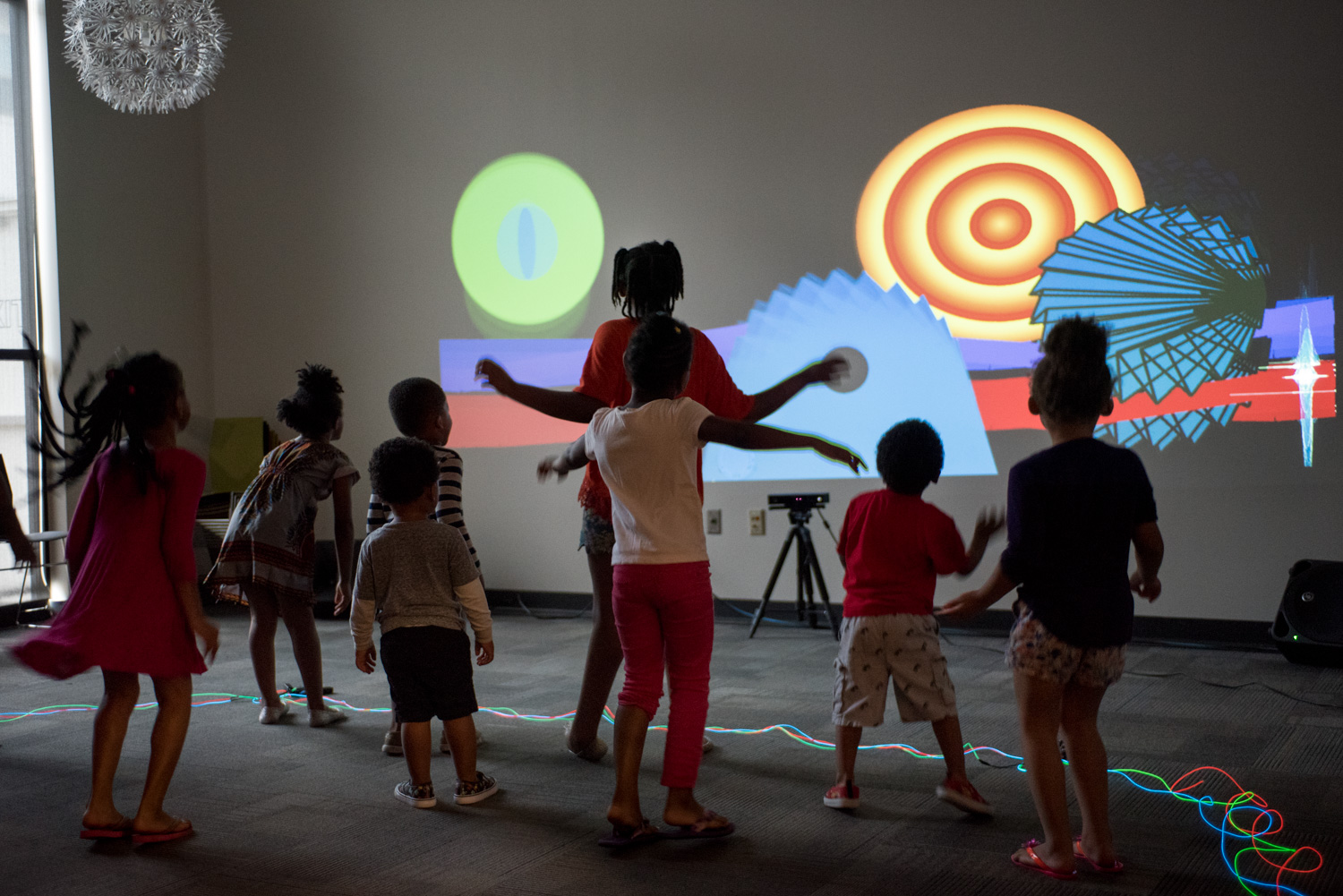 “Delighting folks of all ages” Constellation just won a “Best of Nashville 2017” designation from from the Nashville Scene!
Erica Ciccarone at Burnaway Magazine calls it “a genius bit of responsive technology that merges the movements of participants with sound and animation.”   (more press at the bottom of this page)

What started as an exploration of geometric shapes developed into 6 animated characters with voices. sunSynth speaks in phat triangle waves, fireFly features a swirling oboe, and Spike talks in a frenetic fiddle pizzicato that changes speed and pitch with your arms. Acoustic bass, Kalimba and a slide whistle fill out the ensemble for catEye, Glide and blueGhost.

A river of sound cuts across the bottom of the screen in a visualization of sunSynth’s pulsing voice. fireFly is also sound generated, changing shape and size depending on the oboe’s pitch and volume. catEye slinks across the stage with the slides of an acoustic bass while Glide’s jumping rectangles are expressed with a fast, plunky kalimba. Inspired by Miyazaki, blueGhost’s plaintive song is a slide whistle loop with an urgency that increases or decreases with the opening of its mouth.

Constellation is a multi-layered world of responsive animations. Six people can animate the stage at a time, creating unique ensembles and soundscapes. Constellation was created with custom computer code and a hacked Xbox Kinect.

This project was commissioned by the Metro Nashville Arts Commission with support from the National Endowment for the Arts.

A lovely article about graphic scores that highlights Constellation-  from WPLN